The Institute for Multidisciplinary Research in Art (ICMA) and the Faculty of Visual Arts and Design at George Enescu National University of the Arts (UNAGE) are pleased to invite submissions of abstracts, panel proposals, and artistic research contributions for the biannual Visuality and Cyberculture International Conference. The theme of the V-Cybercult 2022 conference is Beyond Biopolitics: Visual Digital Culture and the 21st Century Disruptive Events.

The Russian invasion of Ukraine flooded traditional and digital media with static and moving images including newsreels, amateur, and drone footage, or satellite imagery displaying military force abuse, violence against civilians, shelling, damaged and destroyed buildings, and people leaving their homes and country in what was described as the largest exodus since WW2. While social media was banned in Russia and started, in return, to track and control information related to war all over the world, fake news and image manipulation reached maximum levels and seem to be a novelty in re-creating an old-World War discourse within the EU.

However, such imagery of socially and politically disruptive events, following the paths of globalization, was already present in the contemporary visual culture for the last two decades. Attempts to manipulate, control, divert and even capitalize such visual data were an integral part of contemporary crisis management of military conflicts and health emergencies taking place in other parts of the world beyond Europe. The conjunction of bio-, necro-, and psychopolitics, on the one hand, and digitally produced and circulated images associated with socially and politically disruptive events, on the other hand, raises several questions such as: What are the main differences between the reproduction and production of these events in the digital media realm? What is their social impact? How did the digital productions articulate and/or calibrate the political and traditional media discourses? What trends and digital policies can be linked to the control and dissemination of imagery through social networks? What are the main differences between war, pandemic, and other forms of social unrest? How did digitality mediate the COVID-19 pandemic discourse and influence the netizens? How did the latter’s activity contribute to the spread of panic and the creation of an infodemic and, eventually, a climate of fear? Soon after, how has digitality changed the way the world perceived the Russian-Ukrainian conflict? How are the EU and US’s geopolitical implications and power relations reflected in the digital mediascape? At the same time, what role do digitally co-produced images such as memes play in the dissemination, circulation, and criticism of information? What types of civic and political resistance were or can still be imagined by artists and netizens alike?

KEYNOTES:
• The conference takes place ONLINE.
• The event’s official language is ENGLISH.
• Submission and participation is FREE OF CHARGE.
• All proposals (abstracts and practice-based work) will be PEER-REVIEWED.
• Abstracts will be submitted in PDF format.
• Submissions must be original and written in English.
• All rights of the submission contents are kept by the authors.
• Accepted submissions will be presented at the Conference: 20 min.
• All questions about submissions should be addressed to the organizing committee at: v.cybercult@unage.ro or https://www.facebook.com/icmaunage.

Visuality and Cyberculture International Conference organizing committee is aiming to PUBLISH an edited collection of papers focusing on the conference theme with a reputable academic publisher. Further details of how to submit will be announced after the conference. 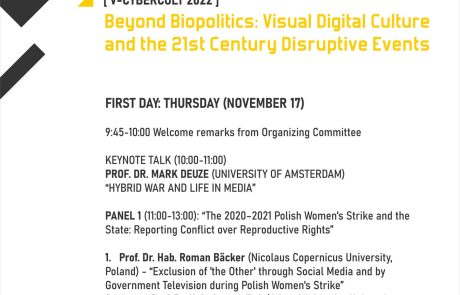 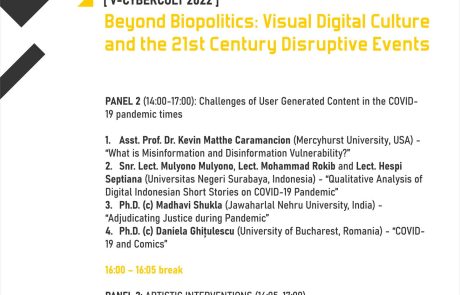 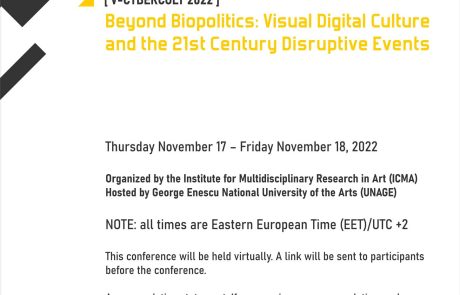 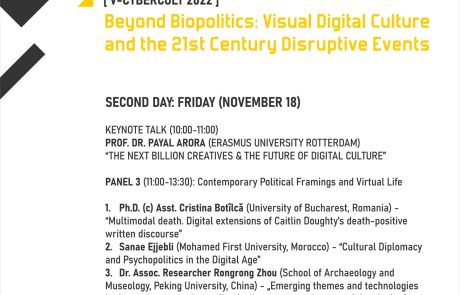 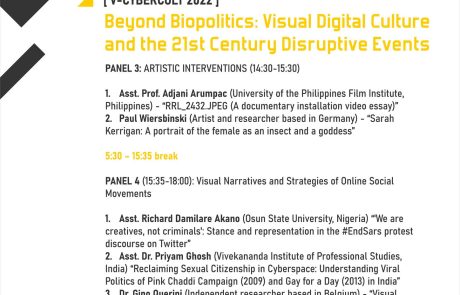 RYAN M. MILNER is Associate Professor and Chair of the Department of Communication at the College of Charleston – South Carolina. He studies internet culture, which means he studies everything from funny GIFs to Twitter debates to large scale propaganda campaigns. Throughout this work, he assesses how online interaction matters socially, politically, and culturally.

Professor Milner is the author of The World Made Meme: Public Conversations and Participatory Media (The MIT Press, 2016), and the co-author of The Ambivalent Internet: Mischief, Oddity, and Antagonism Online (Wiley, 2017) and You Are Here: A Field Guide for Navigating Polarized Speech, Conspiracy Theories, and Our Polluted Media Landscape (The MIT Press, 2021). He has also contributed commentary to outlets like TIME, Slate, The Los Angeles Review of Books, NBC News, and The New York Times.

This research is central to Professor Milner’s teaching on mediated communication. He’s an anchor for the department’s introductory media studies course, which he teaches alongside upper-level classes on media ethics, media production, and scholarly research. He infuses these courses with hands-on examples, engaging technology, and old-fashioned conversation, emphasizing collaboration, application, and rigor as he does. JAN VAN DIJK, originally a sociologist and methodologist, is professor of Communication Science and head of the Department of Media, Communication and Organization at the University of Twente.

He is investigating the social aspects of information and communication technology since 1984. His research specializes in social, cultural and political/policy issues. At the end of the 1980s he already made an inventory of the anticipated social consequences of ICT.
His key publication in this respect is the continually updated ‘De Netwerkmaatschappij’ (1991,1994,1997, 2001), translated in English as ‘THE NETWORK SOCIETY, SOCIAL ASPECTS OF NEW MEDIA’ (1999, 2006, Sage Publications) and in several other languages. Other recent books in English are ‘DIGITAL DEMOCRACY’ (2000) co-edited with K. Hacker, ”INFORMATION AND COMMUNICATION TECHNOLOGY IN ORGANIZATIONS’ (2005) and ‘THE DEEPENING DIVIDE, INEQUALITY IN THE INFORMATION SOCIETY’ (2005), all Sage Publications.

Professor Van Dijk is considered to be an expert on the field of the social consequences of the new media, in particular information inequality (the so-called ‘digital divide’), privacy and security, (digital) democracy and social cohesion. He has been an advisory of the European Commission in several roles, some Dutch ministries, city departments and political parties on issues related to ICT. Currently he leads the ‘Center for e-Government Studies’ in the Netherlands at the University of Twente.
Photo © KRWGnews PAYAL ARORA is a digital anthropologist and author of several books including the award-winning “THE NEXT BILLION USERS” with Harvard Press.

She is the co-founder of FemLab.Co, an initiative on the global future of work. She is a Professor and Chair in Technology, Values and Global Media Cultures at Erasmus University Rotterdam. Her expertise lies in inclusive design and user experiences among low-income communities worldwide and comes with two decades of fieldwork in such contexts. Forbes named her the “next billion champion” and the right kind of person to reform tech. Several international media outlets have covered her work including the BBC, The Economist, Quartz, Tech Crunch, The Boston Globe, F.A.Z, The Nation and CBC.

Professor Arora has consulted on tech innovation for diverse organizations such as UNESCO, KPMG, GE, and HP and has given more than 200 presentations in 54 countries and delivered keynotes alongside Jimmy Wales and Steve Wozniak and a TEDx talk on the future of the internet. She sits on several boards such as Columbia University Earth Institute, UNESCO Connectivity in Education, and World Women Global Council in New York. She is Indian, American, and Irish and currently lives in Amsterdam.
Photo © wecontent.eu His research interests include the role of new media in everyday life, and the management of careers and firms across the media industries. Publications of his work include 11 books (four in Dutch) as well as over 90 chapters and articles in scholarly journals such as the The Information Society, New Media & Society, Journalism Studies, and Media Culture & Society. 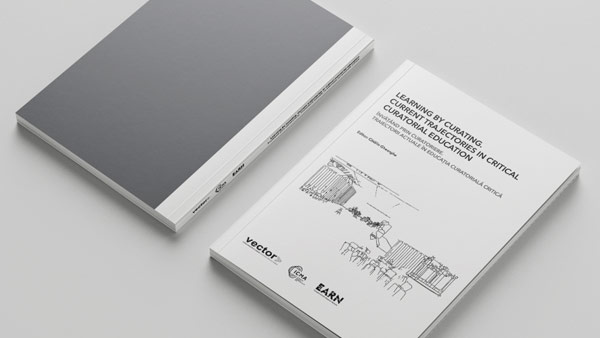 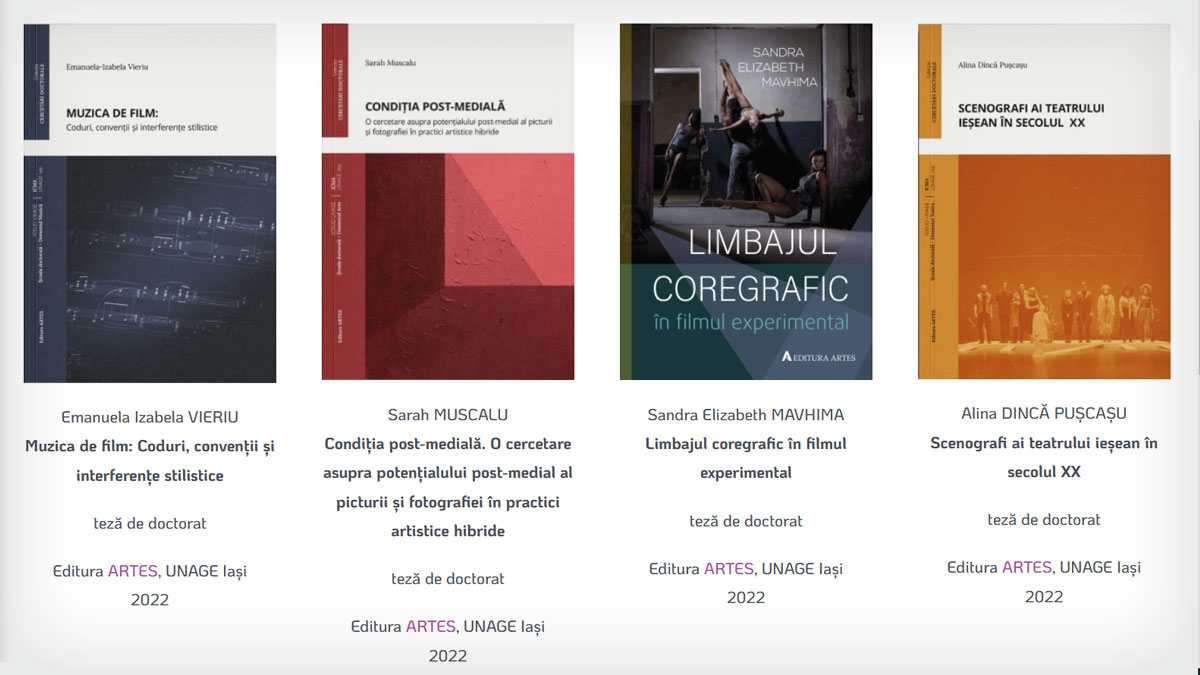 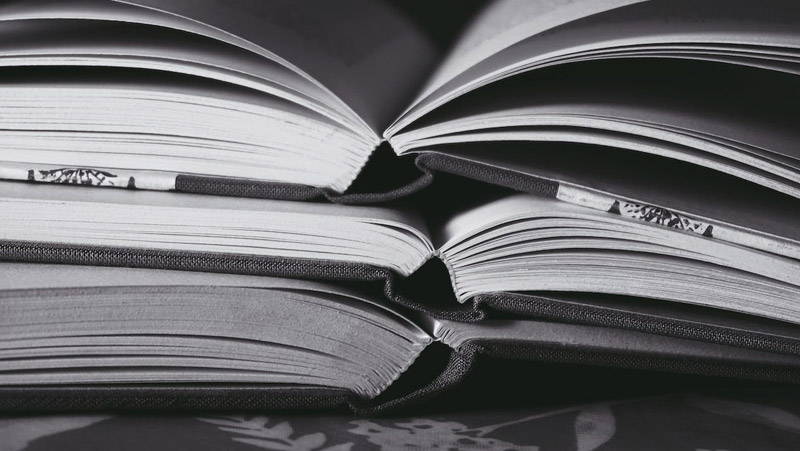 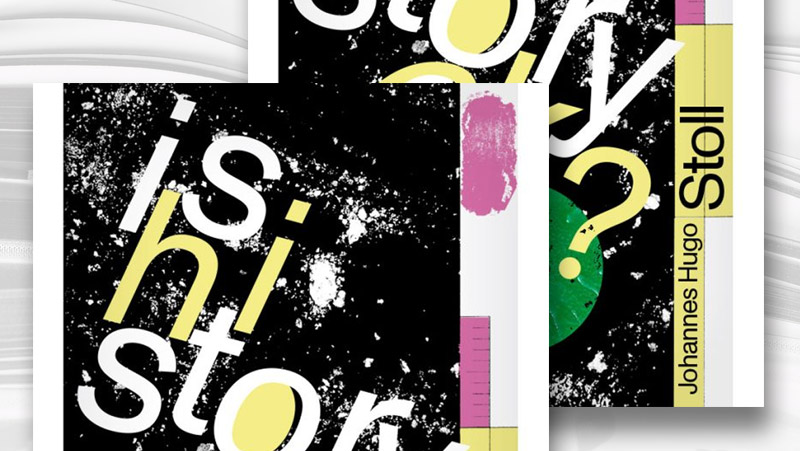 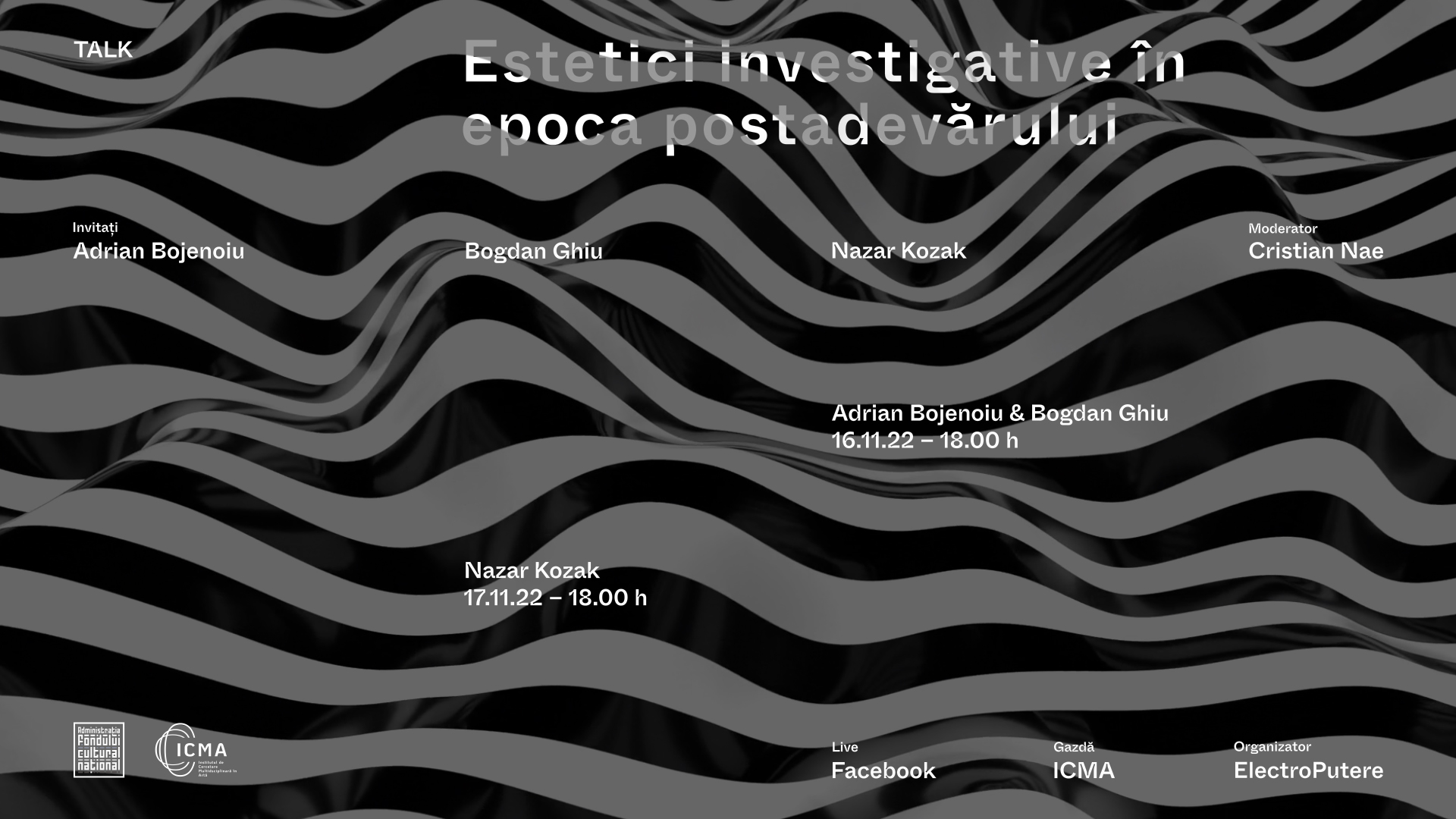